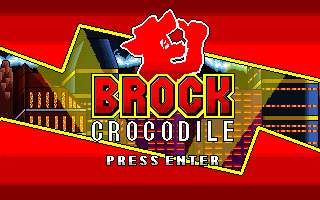 Hello everyone, I’m please to say that this will be my very first developer blog regarding Brock Crocodile. In this entry I will be going over the basic history of Brock Crocodile, the tools I use to help me design the title and where I am currently. We’re hoping this to be a regular thing so stay tune for more insight into the development of Brock Crocodile in the coming future!

The Design Process of a Brock Sprite

HISTORY
Brock Crocodile finds it’s early roots back in the early 1990s when as a young chap I decided that I wanted to be a game designer. From designing the characters in LEGO bricks to making faux magazines posting previews and reviews of the title. After a stint in various fangaming communities during the early 2000s I had come across Clickteam’s highly popular The Games Factory, a video game development program. The application used a range of GUI tools instead of scripting to help allow users an easier way at designing computer games. But it was not until 2009 that I actually began designing Brock Crocodile.

The First Pieces of Art
On a late Autumn day I finally decided that I should give my attention at actually designing the game I had planned to and so I set about creating the first Brock sprite. Opening up Microsoft Paint and using the basic palette as a guide to the colours I would use, I drew some nifty little circles and started attaching them together, before long I had the first official Brock Crocodile sprite! But I did not stop there and quickly after completing Brock I went straight for designing the first area the Gazadiaz Ruins. Looking back at it, whilst the same Brock sprite has remained through from 2009 the first stage has changed considerably. Now with more shading in both the foreground and background with much more detail, I opted to abandon the strict restriction on the palette limitation I set on myself. 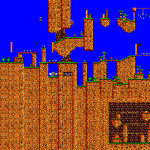 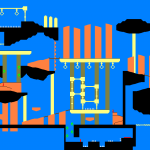 Crafting the Level Design
When it came to designing the levels I originally opted to once again use Microsoft Paint but found it much more effective and efficient if I used the good old fashioned pen(cil) and paper. Another area that saw drastic changes as the project went into full production and saw me unfortunately scrap some good work but trying to implement my originally Microsoft Paint level designs lead me to the realisation they were just not as good as the new set I was making with my pencil and pad. I must have scrapped a good level of two worth of content but I’m not sadden by it, in fact I think what I have designed now is much more impressive! Compare the first half of stage 1 with that of the level design I created using Microsoft Paint to see what a massive difference it makes. Another major contribution to the project was digging through level designs of classic platformers from the 1990s and it proved to be incredibly help at analysing what they did right and how they implemented an effective design centred around the game’s core mechanics. 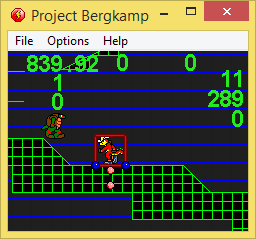 Working on the Engine
Now whilst the art may seem to some to have taken some time, nothing compares to the amount of time I spent programming the title. Thankfully the Clickteam community have a stockpile of tutorials on helping you learn how to use their programs and I finally dived in and discarded my old copy of The Games Factory I had from the early 2000s and decided to purchase Multimedia Fusion 2. Using various tutorials on Youtube and both the Clickteam official community sites as well as the many fan websites through out the internet, I eventually managed to get a hang of coding my first proper engine with Multimedia Fusion 2. From first giving Brock the ability to jump, then to walk, shoot, get hurt etc it all slowly added up. Ironically the core part of the gameplay, Brock’s whip, was the hardest and last core part to implement but finally after many stressful nights that too was accomplished!

“Hey where did the other hoop go?!”

Resolution Wars
Another massive change that happened during the early production of the title was the resolution change. The original levels were designed with a resolution of 240 x 180 to try and stick with the same sort of resolution a 8 bit title would usually be restricted too. However in 2013, after finally completing the base engine I decided that to not only to push for a much more varied and better art direction (By giving myself access to a wider range of colours.) I found a larger resolution would allow for a much less cluttered screen that was being suffocated with the HUD taking more then I would like of the vital space. More importantly though is that it helped the player avoid colliding with obstacles and enemies. Finally, the window size was upped to 320 x 200 (Closer to games found on the SEGA Mega Drive.) allowing me to space out the levels just a little bit more and allowed for a much better swing radius for a key component in Brock Crocodile, the use of his whip. 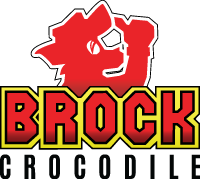 Brock gives you a thumbs up for reading the whole post!

This wraps up the history lesson for the project, I hope you all enjoyed reading about the project a bit and please look forward to more developer blogs where I’ll be going more in depth from things such as level design to the coding of the game itself. Thanks again for reading and look forward to many more updates coming in the future, till then enjoy your Monday afternoon people!

(And for those eagle eyed readers who paid attention to the featured image, yes that is Xia-Yee and happens to be her face portrait that will appear ingame when you speak with her!)