First before we start this developer blog, Happy New Year everyone! I hope everyone had a warm and fuzzy festive period with friends and family. I thought I might try my hand at giving a bi-monthly report from now on. It lets you guys know the the project is alive and kicking whilst also letting everyone interested know how everything is coming along. So without further ado, let’s get the second developer’s blog running! 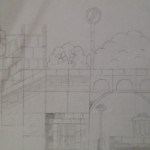 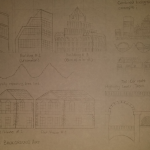 A quick recap on what occurred during December that ended up being far busier than I anticipated but I still had more than enough time to contribute to my project. Working with my level artist Matthew I quickly drew up the concepts for the fourth level and he helped produced the majority of the art. I also completed the set up for both stages for City Lockdown and now leaves me with working on the fourth boss, Lankeyarms (Name just a placeholder.)

One of the baddie’s from City Lockdown, Russell the Ape

So far this January I’ve started planning out the level design for Breakout Prison and working on the concept art. In order to keep things fresh I’ve decided to exclude any sort of baddies from the stage safe for a few secret ones used to help boost a player’s score. In terms of the speed I’d describe each stage as the following; Gazadiaz Ruins (Fast) Beehive Battleship (Fast) Museum Mayhem (Slow) City Lockdwon (Moderate) Breakout Prison (Slow) I’m really hoping that this mixing up would help differentiate the levels apart from another, of course it’s a dangerous method too, I don’t want the gameplay to slow down excessively that it’d bore players. 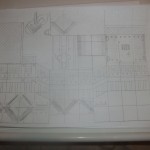 Although it does share a gimmick from Museum Mayhem (Laser beams to turn on and off.) the stage is also equipped with flamethrowers that are activated when the player is spotted by a search light, retractable spikes, floors, doors and also a mini-puzzle where you’ll have to insert coded boxes into the floor to open a door. It definitely is aiming to be a bit more time consuming than the prior two stages (That should be completed within 3 to 4 minutes in total.) since it’s the only level in the game that has a single stage baring the final level. And again barring the final stage, this one has the lowest number of alternate routes. Coming off of City Lockdown that had upwards of 16 different paths, I’m gunning for a more linear straight forward level with maybe 2 or 3 different routes the player can take.

Work in progress sprite for Lankeyarms.

Now back to Lankeyarms, just like with the stages I’m hoping to keep the bosses fresh. An elderly primate dressed in a fashionable sharp white suit, he jumps around from the stage using his steam powered gauntlets that jettisons him into the air and tries to land a spinning roll on Brock. Failing that he always has a few handy banana grenade’s to throw at our scaly protagonist. Lankeyarms leads a group of monkeys and apes to assault Serena City and capture it’s mayor after botched attempts at stealing the artifact Brock recovers in the first stage. A thing to note about him is that he is so far, the shortest boss Brock encounters in the game and the second shortest overall (Brock’s rival, Egaunodon, is the shortest being as tall as Brock) so trying to take him out with anything but your whip could be difficult.

That wraps up this developer blog, I hope you enjoyed reading it and one of my goals for this coming year is to start churning these out on a more regular basis. Until then folks!