Please note all assets are still work in progress and subject to change!

Welcome again for another insight into the development of Brock Crocodile. On this week blog I’m going to be talking about a central component in the game, the boss battles! Bosses are one of my favourite moments in video games, they can go from hectic shootouts to downright brink of sanity crazy. The first thing I do before starting any boss is designing the character themselves. Having the most awesome boss battle means very little if the character themselves aren’t memorable. I tend to look at titles from the Yakuza series as some of the best boss battles in gaming and how the games’ constantly take liberties in the fights to give the bosses some rather unrealistic special powers. I’m also trying to avoid repeating myself, the first four bosses range from a giant turtle with plasma cannons embedded in his shell to the current boss, a smartly dressed, elderly and slender ape with mechanical gauntlets. 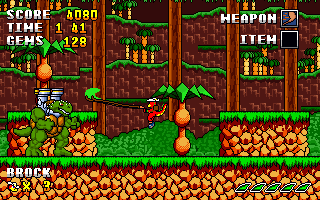 The next bit would be getting a rough idea of the boss’ attack pattern and fighting style. This however depends greatly on the prior bosses as well as some future planning of later bosses. For example outside of his plasma cannon the first boss Pummell Gunzhell attacks by retreating into his shell and rolling towards the player. The following boss Princess Cassandra would hover around in her bee mech before trying to impale Brock with her stinger. The difference in both bosses are more than just aesthetics. Whilst Pummell’s attack’s can be dodged by jumping in one spot, Cassandra requires movement to get out of the way of her attack. The way to attack them is different too, you can get a few whip attacks on Pummell whilst footed on the ground but Cassandra requires Brock to jump to reach her hitspot area.

With that in mind and with the third boss following Pummell’s method of attack and opening, Lankeyarm is closer to Cassandra. Originally Lankeymonk was meant to be swinging back and fourth but I deemed that a bit too similar to Cassandra so soon and just a bit too difficult for the fourth boss too. He was always going to have specially designed gauntlets but they were to give him extendable limbs in a sort of Dhalism-like way but now instead uses them to jettison himself into the air. Once he reaches the end of the screen the game gives the boss a choice to either initiate his second attack or go back in the opposite direction. His second attack occurs when he hangs off the ceiling and pulls out three bombs after which he tosses them into the air. Once they’ve landed the players must judge depending on how fast the bombs are flashing to correct guess which bomb will go off first and position themselves next to the bomb that will go off last. 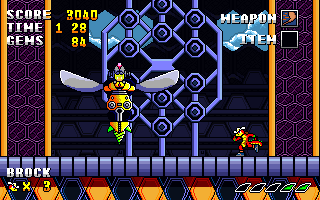 Another thing that was introduced with the previous boss, the Asguardian Golem, was the boss slightly changing their attack pattern based on their HP. This will not necessarily occur with all the bosses and some will even have totally different forms but it’s just one of the many ways to keep certain battles fresh from others. With Lankeyarm, this difference is less to do with more aggressive attacks like the third boss but more to do with giving the players less openings to attack the boss with.

Once a basic moveset was done it was finally time to let some people review the boss fight. A few friends (Shout out to Farzana and Bruno.) suggested the boss was a bit bland so in the name of variation, Lankeyarm changes the height of his jump and the speed (Moving as fast as Brock.) at set intervals. It certainly adds a lot more challenge to the battle and definitely means players should be cautious when attacking Lankeyarm at certain sections but not too hard that he would be out of place as the fourth boss. You can check a demonstration of the boss battle (Without the animation unfortunately!) above and one funny glitch I encountered. 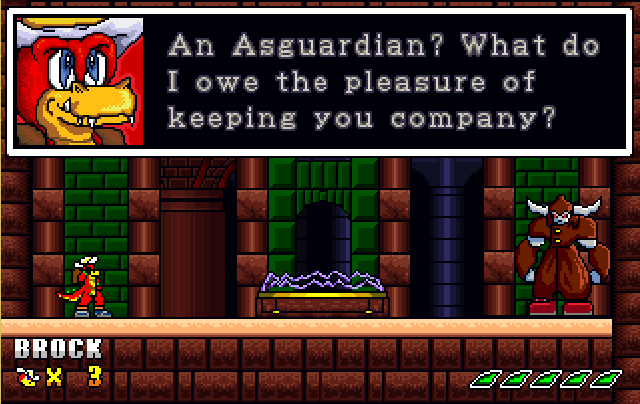 That wraps up this developer’s blog, I hope you guys and gals enjoyed watching it and on a final note, we recently opened up a Facebook page, drop by and give us a like/share if you can! Till next time!