It’s cloudy with a chance of BEES!

Hello everyone, another update for you all this week. You’ve seen our recent update where we focused on Xia Yee’s shop but today I’m going to show you the new clouds we’ve drawn for the first stage. 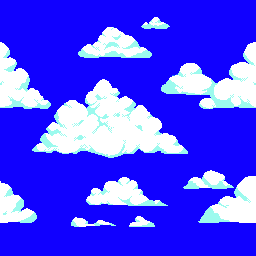 Compared to what we had before which was a just a placeholder of light blue to dark blue gradient, now we have a fluffy and plentiful sky. So does it invoke memories of blue blue skies from classic 16 bit video games? I hope it does! 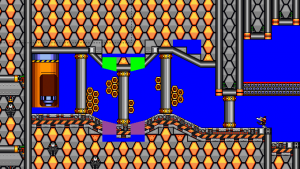 Also take a look at how the beehive has developed, you’ve seen some placeholders of blocky purple and green boxes but we’re starting to take form of the new stage. Hopefully by next week I can show you a bit more for what we’re going to be filling both the ruins and beehive stages.

That’s your lot for this update, until next time, see you all!