Thank you for your customs! 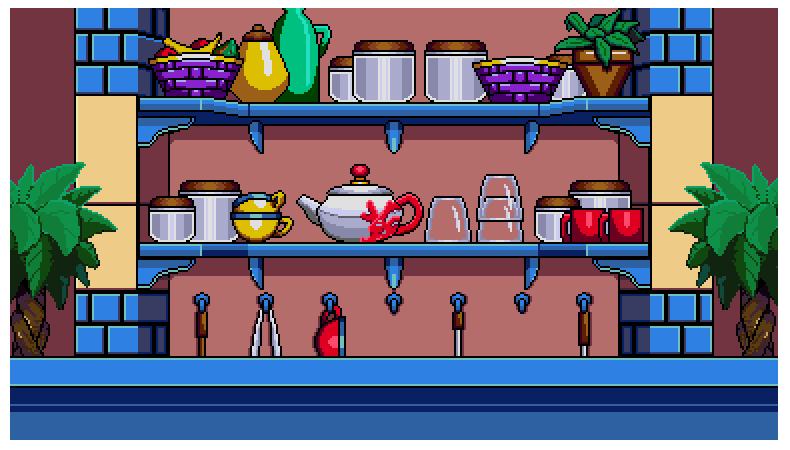 Last week was a light update but this week we’ve returned to our scheduled development blogs! This week we’re going to be recapping a few updates we’ve provided and explaining how the shop systems within Brock function and the characters you can expect. First check out the updated design to Xia’s shop, a change in the colouring of the wall to give greater focus on Xia-Yee herself the the plants now have individual leaves to give it more character.

Players are going to be keen to stay on Xia-Yee’s good side, lest you annoy her to the point she might threaten you! We’ve gone with a character that may seem sweet and innocent but has a very short fuse that can explode once a few buttons have been pushed, so there should be a fair few fun interaction between her and Brock. Players can purchase upto four items from her, some fried prawns for 2 HPs, a pizza for full health, a drink to lessen the damage recieved for a brief period and cherries for a submachine gun pistol. Of course you use cherries to shoot things with, of course. 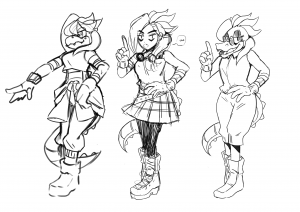 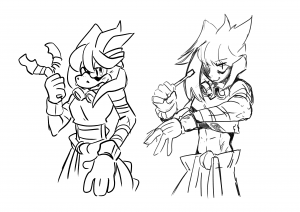 The next shop owner is Brock’s younger sister, Angelika Crocodile. Unlike Xia-Yee, who’s meant to be a bit of a rough character who’s happy to unleash her rage, Angelika is more of a reserved character who’s enthuastic about her own hobbies maybe a bit too much. Her eccentric nature makes her a quirky character that will be helping Brock on his adventure. As far as a final design, we’ve almost settled on one and hopefully we’ll be sharing it with you next week!

Finally our last piece for today is Angelika’s shop itself, whilst we don’t have a sprite complete yet for her, we’ll have Xia-Yee step in for the time being. Compared to Xia-Yee’s scenic cafe, Angelika’s shop is run down with ammunation and grenades lying around, mouldy bread and… a random catgirl android at the back. Her shop is filled with various references to animation, video games and films that she submerges herself into. Now whilst the other shop provides food for the player, Angelika is able to give Brock different types of whips and ammo, for a price of course. Alright, that wraps up this length blog post, hope you enjoyed reading it and till next time! 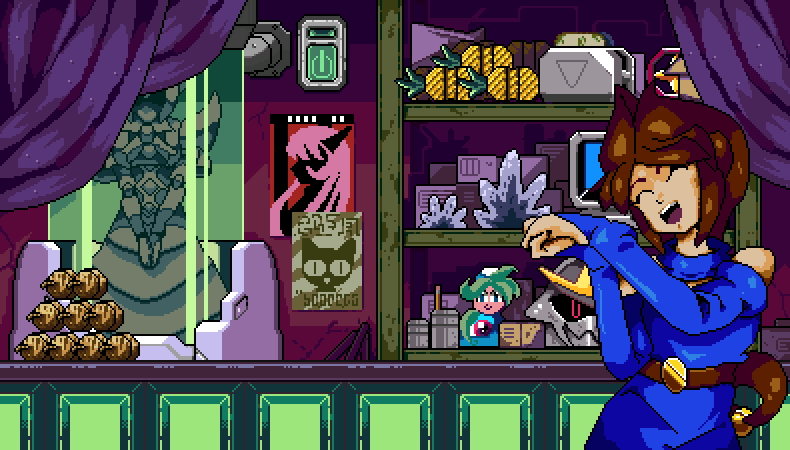 Thank you for your visit, please come again soon you hear!