Fire on! More Baddie art and a power up! 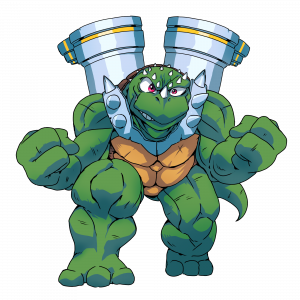 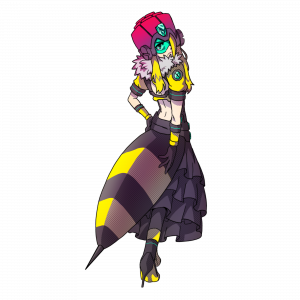 How all are you all today? I hope hay fever isn’t effecting anyone else as bad as it is for me but enough about that, let’s talk about a couple of new developments for Brock Crocodile. We’ve been working on showing off some new promotional art for the enemies. It’s nice that our first boss finally get some official promo art since his been around the longest (Well technically speaking, Wize was the first boss to get his sprite, but Pummell was the first working boss!) and if you’ve been following our twitter account you’ve already seen the Bee princess in February. We’ll be updating our website with new profiles soon but in the mean time, check out the art for Pummell Van Gunzhell and Princess Cassandra Honeypot above!

The other thing we’ve been working on is the power ups for the game. When it came to designing the above invincibility power up I thought that having flames be a reoccurring thing in the game would be a good idea, especially as the checkpoint lanterns are already in! I am also a bit of a pyromanic so that plays a part in it to. Ahem, We’ll be hopefully showing off a few more power ups on Wednesday so players will know what they can use to help them on their adventure!

Whilst this wasn’t as big as the last update, we’ve still got a lot more to show off so stick with us as we continue to work hard on finishing the game. Until next time, enjoy the rest of your day!